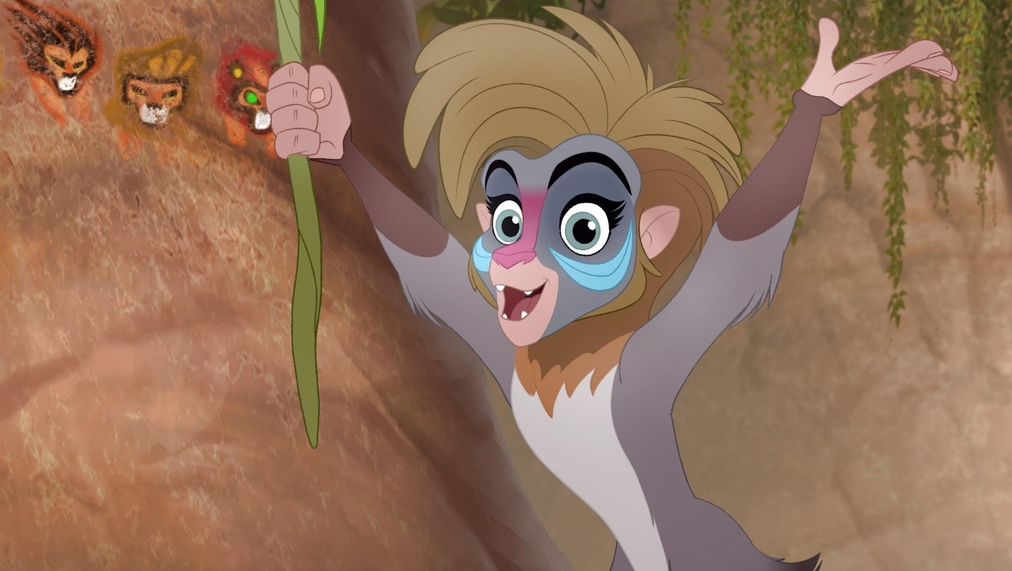 The Guard searches a cave for a way to defeat Scar.

Fantastic episode. 9.5/10. The song was pretty early and the ending a little cliche but overall one of the best episodes so far in terms of entertainment value. Loved the thought and creativity put in by the team behind the scenes for the tests.

Thanks to sharing the episode ! It's really help me to learn English ! (I'm French and I love the Lion Guard too).

This episode amazeing! I love The lion guard. I when watching this always in my imagination I pretending to be my character Kira she is The fiercest she came after her Uncle Kion she became leader in the start of season 2 for this in my Imagination after season 1 ended was when I decided to do things that I like to do I mix things up with stuff I like Minecraft story mode season 2 was mixed in with my Imagination xd for a reason I love saying that word Lion king and Lion guard is not the only thing I like Spongebob Square pants is why I like saying Imagination xd. Anyway for after season 1 ended of The lion guard when I got to season 2 eventually cause I felt like avoiding it at first cause there was unofficial characters not in the lion king movie when I got to the first part of season 1 the return of the roar watching it in order I was glad I gave it a chance it showed me that you can't judge if you don't try. Kira became leader of The lion guard a bit after the adventure in season 2 of Minecraft story mode season 2 episode 2 Kion went along on the Journey to help the Order of The stone members me in my Imaingation and Mom and Dad mine and Human friends Jesse she is the leader of The order of the stone the other members Lucas , Petra were with us the others were doing other busy things the rest of the order. There were other guest along with us Jack , Vos , Radar were along on the Journey Kion sadly did not make it the admin killed Him. Kira still wish's she had him along side other Journey's they got along well but Kira still has Kion in her heart she will never go to forget him. After that ended Kira became leader of the next Lion guard the rest of The lion guard who were still alive they were on her Side they joined Kira cause she was good just like Kion and in memory of him which was great to me cause I wanted Lion's friends with me in memory of my uncle Kion.

Sometimes at night I dream that I'm full and I run around and it's fun. I love this show!!!

OK! I just have to say, WHAT DOES MINECRAFT AND SPONGEBOB HAVE TO DO WITH THIS!!!!!!!!

Wow great episode luckly for me today they for some reason but i'm not complaining I was Happy cause I hate School for me School was canclled due to the hot weater no school yah! and wow they were really creative with this episode and the Test's for the Fiercest , Strongest , Fastest , Bravest and Keenest of sight lion guard members awesome work Disney great episode!

I cant wait for the next episode to come out! But i was suprised to find that the song was a little early.

Pretty good episode. The first Lion Guard and the Mjuzi were so clever!

And the bridge trial was the same from Indiana Jones and the Last Crusade. Even the rolling rock trial was inspired to the first Indy movie.

Believe it or not, I actually thought there was going to be an episode similar to this..
Also, a new Makini song, which in my opinion is better than the first one!

Thumbs up if anyone else got the Indiana Jones reference.

Back to School are coming.

Kifo The Protector • 1 year ago

Wait, so how do they get out of the cavern?

They probably went back the way they came .

Isn't there still that giant bolder from Indiana Jones still blocking the way?

Can kion roar normal and not sonic and eders? 17:27

One of my fav season 2 episode so far! We've discovered more things about Scar's past (He's my fav of all TLK and Disney!!). Also a reference to The Lion King when they came to the water hole. LOVE IT!!! ouo

You stole from Indiana Jones!

It was not a bad episode but I am a fan of the animation I've seen a lot and I felt repetitive as it is the same as Kung Fu Panda shows us bue maybe I'm just a picky XD. It was also a great episode