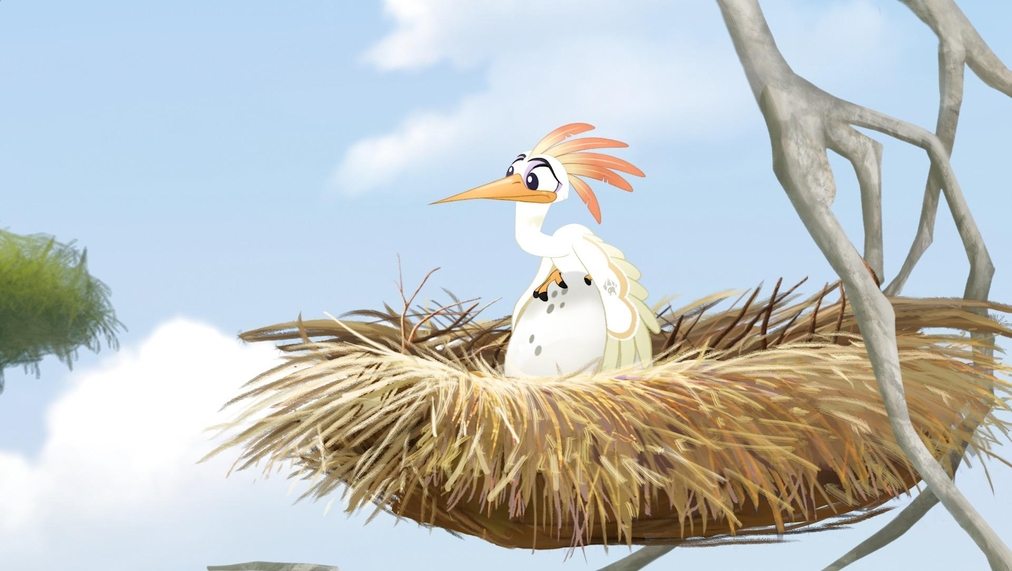 Season 2 Episode 4
Ono and the Egg

Ono becomes the protector of a cuckoo's egg.

You can't just hunt in someone else's territory. That's the point of a territory.

No they don't. They're doing precisely that by stopping others using someone else's territory.

You can't just hunt in someone else's territory. That's the point of a territory

I feel bad for Mpishi. if the lion guard wants to protect the circle of life then they need enough predators to balance the prey population!

I don't think that falls to the Lion Guard. Pretty sure it is Simba who decides what animals can and cannot be in the pridelands. And we do know that the hyenas were involved with Scar a lot, so that's probably why they got banned. But since the Lion Guard does serve Simba and the Pride Lands, it'd make sense for any animals that got banned by Simba to be booted out. Plain and simple there. Like when a person gets kicked out of a place and security keep an eye out to ensure they do not get back in.

But does Simba know about Jasiri? Not all the hyenas were involved. And the jackals are just trying to get food, as well as Mpishi.

I don't think the specifics matter honestly. Simba associates Hyenas with enemies who helped Scar take over the pridelands, and as such banned them in their entirety. Sure there are good Hyenas, but as far as Simba is concerned, they're still not welcome in the Pridelands. Same with the wolves of the Outlands and as for the jackals/mpishi, I believe that falls back to how when both parties first arrived they were disturbing the balance of the circle of life in the pridelands. And since they were a problem to the balance, the Lion Guard was right in booting both parties out. Later Simba banned the jackals as well when he saw how troublesome they were, so it all comes back full circle. It is a system that works I believe.

The specifics are simple. A lot of hyenas don't follow the Circle of Life, they hunt whatever and whenever they want. We saw what that does to an ecosystem in the Lion King. Simba is protecting the Circle of Life.

Many good hyenas have their own territory, like Jasiri.

The thing we also need to remember is that kids are the target audience. Yes, it is very much maintaining the balance but the show also needs the heroes to win

Sure, but just saying the heroes always have to win without going further in-depth is boring! I like looking into the specifics of things and why they are the way they are! And from what i've pointed out above, whether they do it intentionally or not, the system they have does work. Which is the part I enjoy - finding the details behind the actions that are taken once questioned.

She has her own territory. That's why she initially helped Kion in Never Judge a Hyena By Its Spots, she wanted a foreign predator out of her territory.

The Hyenas and the Jackals were kicked out because they don’t respect the circle of life. If they had their way they would make it so there’s nothing left in the pridelands due to overhunting.

Because it's not their territory. You can't have an infinite number of predators in one location. Also, they're kicked out for not following the Circle of Life. They hunt whatever they want, whenever they want, instead of killing just what they need to survive.

You can't just hunt in someone else's territory. That's the point of a territory.

the egg isn't a cuckoo its a hammercopp

I still really love the lion guard I even love rewatching the episodes I am rewatching all of the episodes oh boy I'm really excited now that I got done with this episode next Part is The lion guard The rise of Scar Oh boy a really big Top favorite villian has still always been a villian that is always a big favorite of mine.

NOW that was nice

Cytix Artz And Games • 2 years ago

I love the lion guard episodes
This one is really amazing i hope there might be season 3 too
Soon i hope it will come :3