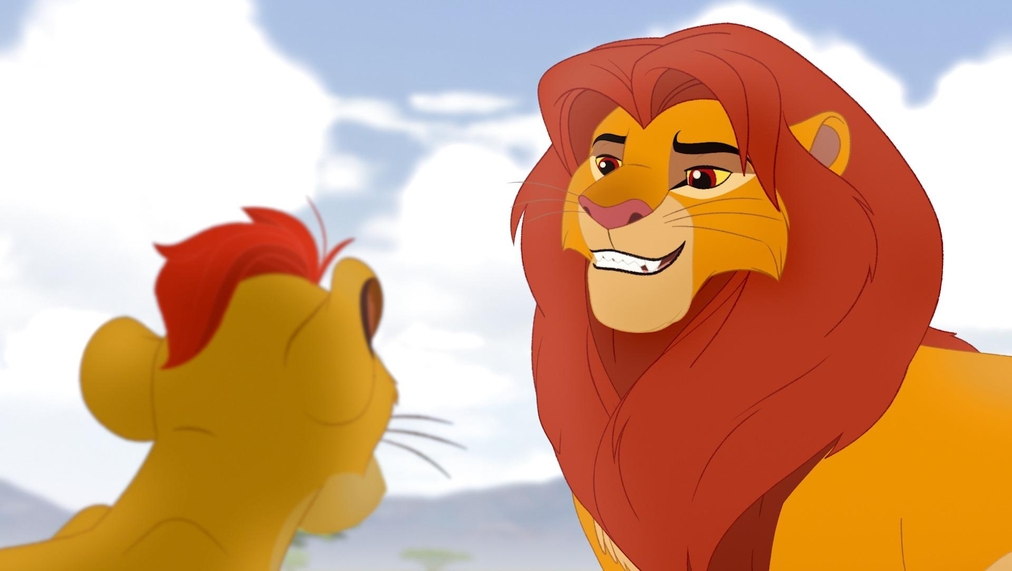 Simba and the Lion Guard prepare for the dry season.

ik and she's color is darker then everyone else

They should put in another cheetah character since fuli is really all we have right now. Maybe fuli's evil twin sister? Same with honey badgers.

I think she is good just check the lion guard wiki if you want to be sure.

Arktos: it's Naughty To Eavesdrop

Real nice Summit. Doesn't even include Muhimu, Swala, Basi, or other such leaders of different herds or pods or anything. Not to mention no representation for solitary animals like cheetahs or non mammals like birds or amphibians. And why are there never any meerkats besides Timon? Is it because they live so far south or something? I dunno, this episode just seemed lazy to me. It's like they didn't want to animate more than 10 things at a time.

Again, you can't just jump to conclusions just because you want a certain thing to happen. Not everything could be done and these episodes are put on tight schedules too. This includes storyboard elements, writing the script, and preparing the animation. In real life I think it was for the best that they didn't animate more unless they wanted to wrk their asses off until they die

It seems like Kion and Fuli will really be together

yo, solitary animals are SOLITARY. They don't have specific representation. Also, the small birds and animals aren't part of the major savannah groups, think of them as the dependent variables while the larger groups are independent. Because Muhimu, Swala, and Basi appear in many more episodes than M'beya and the other, I think thats the only reason why they wouldn't include them, not because they wanted them to get left out

"Enough with the gasping" XD