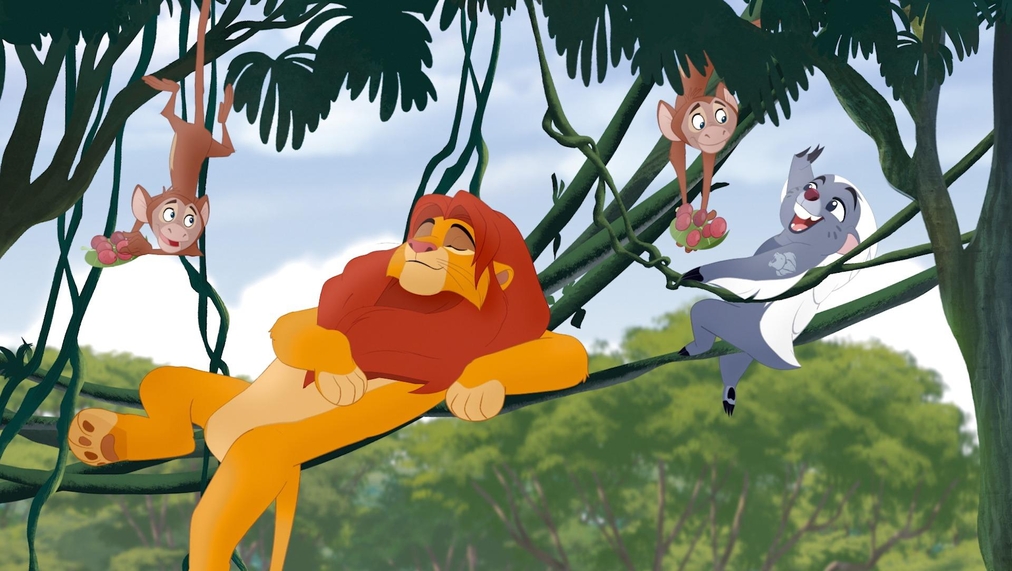 Season 1 Episode 23
The Trail to Udugu

Simba is left in charge of the Lion Guard.

Simba. Leading the Lion Guard. This is going to be... interesting.

I have to wonder how/if Mufasa and Scar found Udugu...

Mufasa and Scar are not really brothers.

Well... Here is some proof
https://www.mentalfloss.com...

They aren't? Fewf! That means I'm not actually related to a murderer.

It was confirmed short after the release of the TLK Remake that they accually are not, you should google search it.

we have to separate "LK universe" from Real life universe; in real life the king lion tends to kill or exile any possible rivals, even his own children, and the lion pride will be one lion with many lionesses until a lion challenges him and beats him................................... in the LKU, specially using the lion guard stories, we have that at least in the prideland ( do not know if it will be similar in other lion lands ) until Kion came, that we had a king (sometimes son of former king, sometimes Son-in-law or sometimes "appointed" like Scar did with Kovu ) and a heir ( sometimes future King, sometimes future Queen ) and than their male "sibling" ( sibling by blood or "adopted" ) would be leader of the lion guard and have 4 other MALE lions as the guard, so in paper in the prideland pride, there was always at least 5 male lions ( the whole lion guard helping the heir that might be male or female ), Kion's guard was the first one to have not only other animals as guard members, but Fuli was first female ever, Anga being 2nd one later on, and Vitani's guard being the first one made of all lionesses and first female leader.

we have to take for certain by this episode that Sarabi's only child was Simba as Simba said he never had a sister or brother but that does not guarantee that Mufasa had another child through another lioness and thus Simba might have a half-brother or half-sister, and I guess that after Scar destroyed his lion guard ( 4 male lions with one of them maybe being Nalas's father who is Kion's grandfather ), the pride of Mufasa ended up with only 3 male lions ( Mufasa, Scar and Simba ) in the original movie................... all of this caused by Disney being hesitant to introduce the real life nature of wild life lions, where incest is a normal occurrence ( siblings and even parent and child mating )

I don't care what anyone says. They're brothers! Will always be!

How does Simba know about Udugu if he didn’t have a sibling?

Because I know everything.

No, actually just watch that whole scene. Its all pretty funny.

Bunga has a weird idea of what the king's life is like.

But who is Nala brother or sister that why I made my Oc to be her brother Lol https://www.instagram.com/p... this what he's look like he has a magic so he always look a kid cause he's special memories is still there